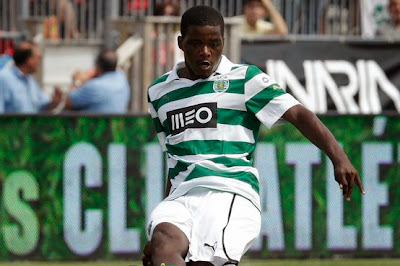 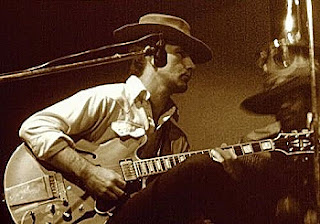 Enviar a mensagem por emailBlogThis!Partilhar no TwitterPartilhar no FacebookPartilhar no Pinterest
Etiquetas: Autores, In Memoriam, Música 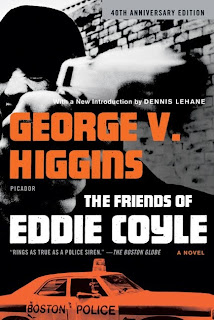 Peço outra vez auxílio à excelente introdução de Dennis Lehane, outro auto-assumido devedor:
«How can a slim book with minimal description and no heroes lay claim to the status of modern masterpiece? Let's start with the title, "The Friends of Eddie Coyle". Eddie Coyle has no friends. Eddie barely has acquaintances. Eddie Coyle is our hopeless, helpless, hopeless Everyman in the Boston criminal underworld of 1970. He might be the worst guide ever, because he is utterly out of his depth. Or. On second thought, maybe he's the best guide ever, because most of the people who swim in this sea are out of their depht.»

+
«Relying on his own experience as an assistant U.S. Attorney, Higgins pulls back the veneer on the real criminal underworld, not the romanticized version readers kept in their heads before "The Friends of Eddie Coyle" was published. There are no noble gangsters swept up in high tragedy in Higgins world and no righteous cops obsessed with justice.»

1 - “He didn't show up,” Foley said. “I sit there for about half an hour, and I have a cheese sandwich and a cup of cofee. Jesus, I forgot how bad a thing a cheese sandwick is to eat. It's just like eating a piece of linoleum, you know?”
“You got to put mayonnaise on it, “ Waters said. “It's never going to have any flavor at all unless you put some mayonnaise on the bread before you put the cheese on.” I never heard of that,” Foley said. You put it on the outside, do you?”
“Nah,” Waters said, “you put on the inside. You still put the butter on the outside and all. But when the cheese melts, there, it's the mayonnaise that gives it the flavor. You got to use real mayonnaise, though, the stuff with eggs in it. You can use that other stuff that most people use when they say they're using mayonaise, that salad dressing stuff, you can use it. But it isn't going to taste the same. I think that other stuff scalds or something. It doesn't taste right, anyway.”
“They don't go for those refinements up the Rexal's anyway,” Foley said. “What the hell, you go in there and order a cheese sandwich, they got a whole stack of them, already made up, problably since last Wednesday, and they take out one of them goddamed things, big fat piece of this orange cheese in it, and throw on some grease, they pretend it's butter but i sure don't believe that, and then they go and they fuse it all together with a hot press there. My stomach's still trying to break that thing down into something I can live on, just like a big piece, two big pieces, of bathroom tile with some mastic in between. Srved hot. I get sick, you're gonne have to give me a pension.”

2  - “Good Christ,” Clark said, “you guys want to put the world in jail. This is a young kid. He doesn't have a record. He didn't try to hurt anybody. He's never been in court before in his life: he doesn't have a goddamned traffic ticket, for God's sake.”
“I know that,” the prosecutor said, “ I also know he was driving a car that cost four grand and he's twenty-seven years old and we can't find a place he ever worked. He's a nice, clean-cut gun dealer, is what he is, and if he wanted to, he could problably make half the hoods and forty per cent of the bikies in this district. But he doesn't want to do that. Okay, he's a stand-up guy. Stand-up guys do time.”
“So he's got to talk”, Clark said.
“Nope,” the prosecutor said, “he doesn't have to do a damned thing except decide which he want's to do more, talk, and make somebody important for us, or go down to Danbury there and get rehabilited.”
“That's a pretty tough choice to make,” Clarke said.
“He's a pretty though kid,” the prosecutor said. “Look, we don't need to stand here and play the waltz music. You know what you got: you got a mean kid. He's been lucky up to now; he's never been caught before. And you know what i got, too: i got him fat. You've talked to him. You saw him and you told him it was talk or take the fall, and he told you to go and fuck yourself, or something equally polite. So now you got to try the case, because he won't plead without a deal that put's him on the street and I don't make that kind of deal for machine gun salesmen that don't want to give me anything. So we try this one, and it'll take two days or so, and he'll get convicted. Then the boss'll tell me say three, or maybe five, and the judge'll give him two, or maybe three, and you'll appeal, maybe, and some time around Washinghton's Birthday he'll surrender to the marshall's and go down to Danbury for a while. Hell, he'll be out in a year, year and a half. It isn't as though he was up against a twenty-year minimum mandatory.”
“And in another year or so,” Clark said, “he'll be in again, here or somewhere else, and i'll be talking to some other bastard, or maybe even you again, and we'll try another one and he'll go away again,. Is there any end for this shit? Does anything ever change in this racket?”
“Hey Foss,” the prosecutor said, taking Clark by the arm, “of course ir changes. Don't take it so hard. Some of us die, the rest of us get older, new guys come along, old guys disappear. It changes every day.”
“It's hard to notice, though,” Clark said.“ It is,” the prosecutor said, “it certainly is.”
Publicada por Pedro Góis Nogueira à(s) 03:36